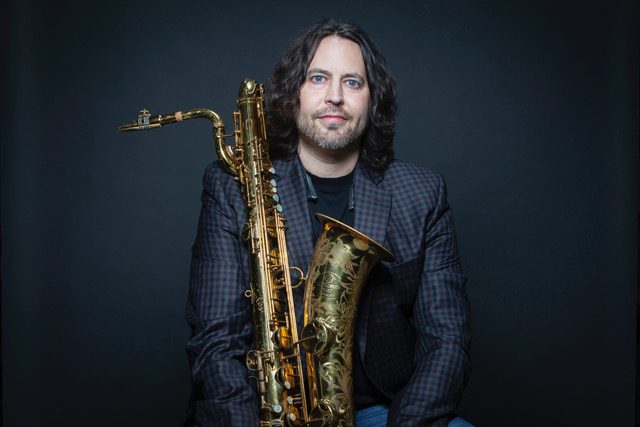 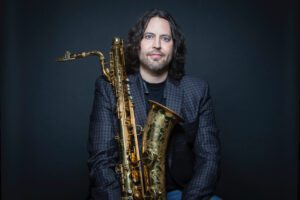 “I love the thickness, beauty, and power of tone that I get from my JodyJazz mouthpieces. I’m extremely picky with my equipment and the JodyJazz pieces I play on match up perfectly with what I hear in my head. Thank you for the fantastic pieces Jody!”

Landrus consistently places in the critics polls of the year in Downbeat Magazine and JazzTimes International Critics Polls. Landrus was awarded “Rising Star” in the 2021 for bass clarinet, and 2015 for baritone saxophone. Landrus’ 2020 release For Now, was chosen as Editor’s Pick in both Downbeat and JazzTimes. Landrus’ 25-piece orchestral album Generations, was named one of the best recordings of the year by NPR, Downbeat Magazine, JazzTimes, All About Jazz, Jazziz, Boston Globe and many other international publications. The New York Times wrote: “With Generations, Mr. Landrus takes the jazz big band tradition into the mesosphere.”

Based in Brooklyn, Landrus founded his label, BlueLand Records, in 2010. His first releases of all original music via BlueLand were Traverse (a quartet date with Lonnie Plaxico, Billy Hart and pianist Michael Cain) and Capsule (by the Brian Landrus Kaleidoscope, with Cain, guitarist Nir Felder, bassist Matthew Parish, drummer Rudy Royston). In 2013, Landrus released a second Kaleidoscope album, Mirage, featuring himself on baritone sax, bass sax, bass clarinet, contra alto clarinet and bass flute alongside Felder, Royston, Plaxico on acoustic and electric bass, Frank Carlberg on Rhodes/piano and a string quartet led by violinist Mark Feldman. The New York Times praised Landrus and Mirage at length, pointing out that “the tenderness in his playing feels as warm and accessible as his writing.” Landrus’ 2015 release, The Deep Below, features Landrus on baritone and bass saxophones, bass clarinet, and bass flute, with Lonnie Plaxico on bass, and Billy Hart on drums. The Deep Below has been called “A star vehicle” by The New York Times.

“His bari flutters with utmost grace, his bass clarinet sobs for humanity and his alto flute floats cloud-like through moody skies. With For Now, Landrus has created a work of astonishing beauty.” - Downbeat Magazine

“A commanding voice on both baritone saxophone and bass clarinet” - WBGO, Nate Chinen

“With baritone saxophone in hand, Landrus surfs swinging currents through “The Signs,” waltzes in step and style across “The Miss,” and engages in a spellbinding after-hours duologue with Hersch on Thelonious Monk’s “Ruby, My Dear.” Wielding an alto flute on “The Night of Change,” he adopts an attractive glow-and-flow aesthetic.” - JazzTimes Magazine

“A composer of great strength and substance,” - All About Jazz