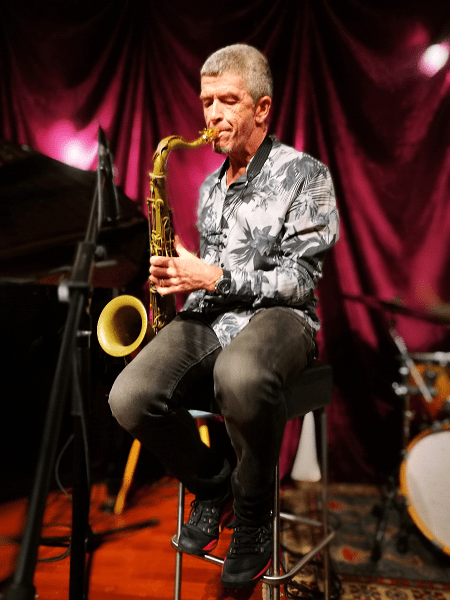 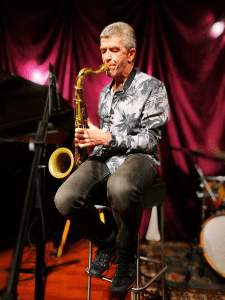 Greg Lyons is a British saxophonist, composer and arranger.

Currently based out of Singapore, he is becoming known to an ever-increasing network of listeners for a commitment to making original music of an eclectic nature combining elements of his whole musical evolution - which includes representations of jazz, classical, funk, rock, pop, Brazilian, Afro-Cuban, avant-garde, folk and lots more.

This idea of "organic" composition/performance creates music that defies genre or classification but that communicates at many levels. It's strength in communication is also it's weakness in marketability in that it's impossible to pigeon-hole. It is tied together by the insistence of groove and also by the ethos of jazz which puts the ultimate control in the spontaneity of the moment.

The CDs he has released feature mostly his smaller groups but he has written for and led groups of up to 19 members, and continues to lead his 10-piece group Omniform at occasional appearances in Singapore. His most recent recording is the CD Smoke Signals, recorded in London in July 2009 featuring his Europe-based quintet.

It is also a mission of his to teach what he has learned to young musicians so that they might find the true essence of their expression in music and grow with it their whole lives. He is a committed educator with extensive experience of under and post-graduate teaching and curriculum development.

Over the past decade he has operated mostly out of South East Asia. He has led bands involving most of the major jazz figures of the region, and appeared with many top Asian artists though he continues to record and tour in Europe.