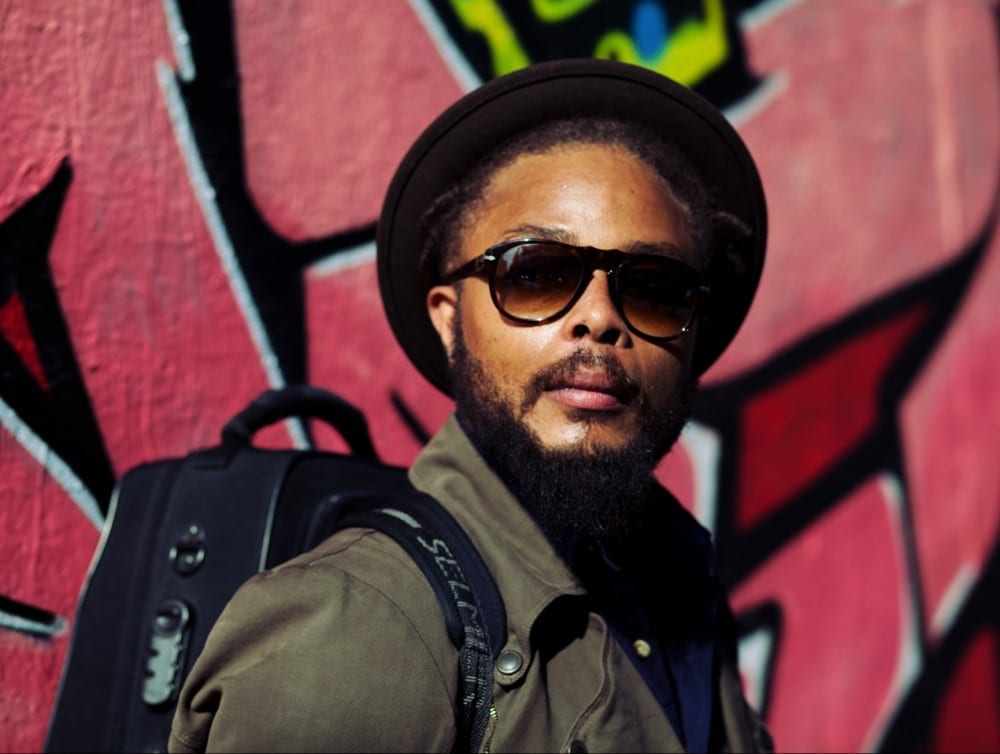 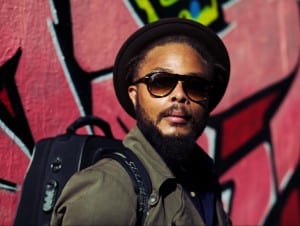 "I haven't played a more beautiful sounding mouthpiece. The sound and response that I get from the JodyJazz DV NY is unlike any other. A very full, true, clear sound that can be commanded at any range or volume at will. JodyJazz has changed my opinion of finding quality craftsmanship in the modern day!!"

Kansas City, Missouri. A deep vein in the river of improvisational music runs up from the gulf and breeds a style that keeps close to the blues. It is here that Logan Richardson grew up, saxophone in hand as he hung out in the historic 18th and Vine district. Here the greats performed, respecting the legacy and pushing the art forward: Max Roach, Kenny Burrell, Jimmy Heath, Richard Davis, Shirley Scott, and many more. They paid homage to the past legends - Jay Mc Shann, Claude ‘Fiddler’ Williams, Ahmad Alaadeen, Sonny Kenner, Eddie Saunders, and more as they mentored the young players on the scene.

Though only in thrust of being a saxophone technician by two years at age of 16, Logan had become skilled in both classical and improvised music with opportunities coming from The Kansas City Symphony and performing with Jimmy Heath. At the age of 19, Logan hit the Berklee College of Music campus in Boston, Massachusetts, and his horizons began to expand. His new community noticed his style was distinctly Kansas City, while he noticed that everyone had a style that began with their home spot. Philly, New York, New Orleans, each was unique just as verbal language, and accents can reveal your roots.

At 21 Logan continued on his path, after receiving a full scholarship to study at The New School University in New York City. Logan arrived in his new home of Downtown Manhattan, New York at the end of August 2001, two weeks prior to the 9/11 attacks on New York City. Logan continued to live in New York City for the next 10 years during and following the attacks. Work came quickly, with recording dates and touring gigs with Nasheet Waits, Stefon Harris, Greg Tardy, Joe Chambers, Billy Hart, Jason Moran, Butch Morris, NEXT Collective, Michelle Rosewoman, Gerald Clayton, World Saxophone Quartet and more. All while developing his own band, and recording his debut (Cerebral Flow, 2006) and sophomore (ETHOS, 2008) albums.

In 2011 Logan pushed forward yet again, relocating to Europe – first Galicia, Spain for nine months, and then he made the voyage for Paris, France where he lived for five and a half years. His third album reflected on these changes in life and cultural expansion – His third album SHIFT is Logan’s Blue Note Records debut major label release which was released to worldwide acclaim in 2015.

Logan Richardson returned to Kansas City, Missouri to his fourth studio album, blues PEOPLE. Taking in the world experience, the LIFE experience, and the current state of humanity on the planet earth, Logan debuted the project in March of 2018 on NPR’s Tiny Desk Recorded in Omaha and mixed in KC, the album features local musicians Ryan Lee (drums), DeAndre Manning (bass), Justus West (guitar) and the Berlin based Ukrainian guitar player Igor Osypov. Blues People began with an assault on the senses – heavy guitar sets the tone for what will be an excursion into the mind of Logan Richardson. If you were hoping for a nice Jazz lounge evening sipping brandy, you are immediately informed that this will not be the case. Donny Hathaway stands in front of the heavy intro and states the albums intent: "I like to do blues as a reflection on a period, past and present, in Black people’s lives. … It is a complete negative… on the secular side, of the religious music that we had in church.’ Donny further informs us‘ I’m a country and western freak… I dig the simplicity" -Nate Chinen (NPR Music)

And so we are forewarned, and also welcomed:

Logan tells us that this is chapter 2 of Shift and to an extent we agree. It is a chapter in his life, and a reflection on his personal experiences. Yet blues People tells the story of a man’s place in history, with a perspective that can only be obtained by being Logan Richardson. In this personal way it becomes universal, as we all have a story to tell.

Now, in the axis of one of the most historical years to date, 2020.

WAX Industry is an imprint that Richardson has launched in December of 2019 and exclusively records his projects for the imprint. Logan is preparing to release his fifth studio album on the WAX Industry imprint. The title of this album is AFROFUTURISM. AFROFUTURISM speaks to the times. It is an anthem of what has always been in regards to the resilience of the people of the sun. Black People, and everyone that is coming from the African diaspora. Richardson continues down the hi way of sci-fi-esq - soundtrack - with the full narration from the alto horn in front, leading the charge. On this project Richardson wrote all of the music, played most of all of the synths, and other keyboards, and engineered the recording process. Some could say that this is his most interpersonal project of the bunch thus far.

In addition to creating and owning his own Record Label, and Distribution Hub Logan has created an app company by the name of Culture Folk. The application has been published as of June 2020 in the Apple, and Android Application stores, and is fully active on the market. As Richardson would say “I thought that I was making a place for the cultural arts to live online, instead I realized that I was creating a tech Company”.

To date, Logan has been featured on over fifty different recordings as a leader and supporting artist.