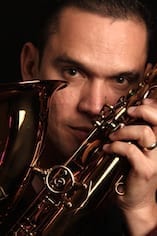 “Super easy to play, and what PROJECTION! JodyJazz goes beyond the beyond…”

Born in Holguin, Cuba on January 1st 1971, Pedro Julio Aviles is the grandson and son of prestigious saxophonists. In 1989 he graduated from his city’s professional music school under the guardianship of teacher Alejandro Granado. He started working as a concert musician at the Holguin chamber orchestra, and played in numerous groups such as Arara, Caribe Nibor and his own band called Bueva Ola.

His current venture is a new Latin Jazz project called ‘Cuba-Mexico’. This incredibly exciting new group is led by Pedro’s saxophones and vocals.