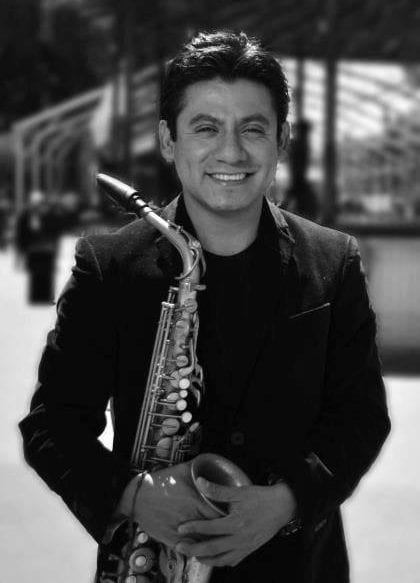 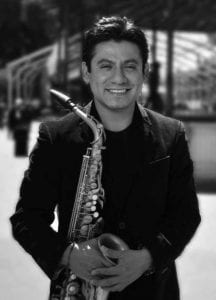 Born in Mexico City Ernesto began his musical studies at the age of 8 playing Clarinet in the Xochimilco Youth Symphony where he began his development as a musician. He began his formal studies in Clarinet at the Superior School of Music but after a few years changed to the Saxophone studying at the Jazz Workshop.

He’s been part of the orchestras backing Mexican singers such as José José with whom he toured the EU, Egypt and Central and South America. With Juan Gabriel and Susana Zabaleta he toured Japan and he has also been in the Orchestras supporting Armando Manzanero, Yuri, Emmanuel, Alex Sintek and Foreign singer Jose Luis Rodriguez "El Puma". In 2005 and 2006 he was awarded scholarships to study at the Berklee College of Music and the Henry Mancini Institute. He was invited to participate in the “Latino American Latin jazz band” formed by teachers and students of Berklee College of Music in Boston.

Since 1999 Ernesto has been the musical director of the “Jazz De Mexico” Big Band. Among their many accolades, they are the first Big Band to play 10 consecutive seasons at the "Lunario" National Auditorium. The band has been nominated 2 times to Auditorio Nacional LUNAS awards in the category of best jazz concert.

Ernesto currently operates his own recording studio called ‘Ramos Record Studio’ where he has recorded the ‘Jazz De Mexico’ Big Band among many others.

In 2012 he was invited to Europe play with the jazz quintet ‘5th ELEMENT’ performing at the Belfort Jazz Festival in France. In 2014 Ernesto was invited to give a concert with the ‘Jazz De Mexico” Big Band at the Tonic International Jazz Festival in Guadalajara where he also gave a solo concert alongside such top international musicians like Miguel Zenon and Alex Sipiagin.