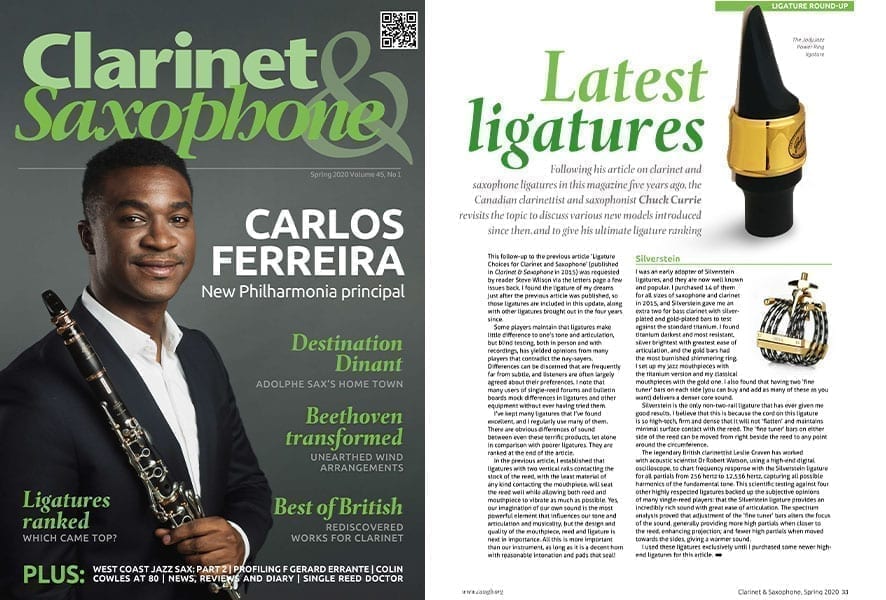 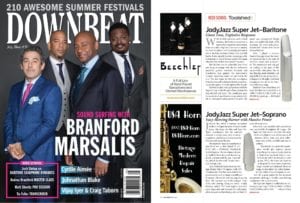 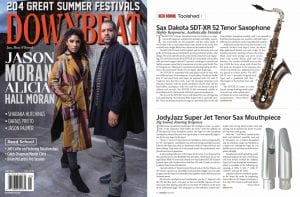 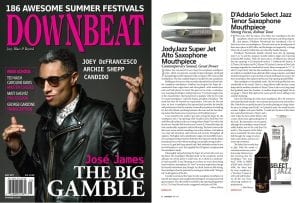 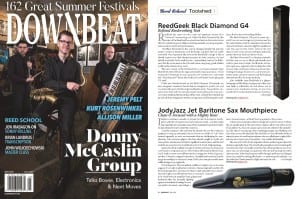 "The range of sounds the Giant can produce is remarkable.....The response and tone were even in all registers, and articulation was nice and clean. And that's not all: The altissimo range absolutely killed....it plays like crazy. Whether you prefer hard-rubber or metal, check out the Giant - there really is nothing else quite like it out there." "When DownBeat contacted me to review the new Giant for tenor saxophone from JodyJazz, I asked what makes it different from the rest of the company’s premium mouthpieces. I learned that it was made out of aluminum, which produces a darker tone than brass or steel. I was also informed that it was capable of producing a sound with characteristics of both metal and hard-rubber mouthpieces."
See Full Article Here!

"Here’s a novel concept: jazz play-along CDs that are designed not only for developing advanced improvisational skills, but for learning the art of trading solos as well. And not just with anyone, but seasoned pros George Garzone and Kenny Werner..."
See Full Article Here!

"They’re the youngest group in history to play the Chicago Jazz Festival. They’ve rubbed elbows with Orbert Davis and Ron Carter and have their sights set on playing the White House. And after receiving an endorsement deal with JodyJazz, the Gwendolyn Brooks Middle School jazz ensemble is sounding better than ever."
See Full Article Here!

"George Garzone has developed an improvising concept called the triadic chromatic approach. The saxophonist uses the four groups of triads—major, minor, augmented and diminished—and has figured out how to improvise on them with random inversion, with a half-step coupling between each triad. “This is a way of playing that helps you break away from your normal repetitions,” Garzone said..."
See Full Article Here!

"Neumann has introduced its KMS 104 hand-held wired microphone for live performance applications, a follow-up to the company’s KMS 105 model. Designed for optimal transmission of the human voice on loud stages, the KMS 104 improves on the KMS 105 with the added feature of a cardioid polar pattern. Neumann’s entire KMS series offers higher acoustic transparency than most other handhelds, allowing a wider frequency range with better resolution of audio transients..."
See Full Article Here!

"Two new sets of precision crafted mouthpieces from JodyJazz give saxophonists the airflow and the versatility that they need to cover a wide range of tones and styles..." " … produced a warm, dark tone and blew freely and evenly across the traditional range of the horn. … Extremely responsive, the HR* lets you tongue fast and accurately through uptempo passages without choking up in the throat. " "... the most inspiring were the DV alto mouthpieces. Bright, full of harmonics and brassy without being shrill, the DV altos projected effortlessly in all ranges, with an especially wailing altissimo. It was easy to play quiet and low with a fat, full sound. Intonation was spot-on."
See Full Article Here!

"JodyJazz mouthpieces clearly reflect attention to detail and finish with superb craftsmanship throughout. All the critical elements are present—accurate intonation, flexibility, centered sound, comfort, appearance and versatility. The brain behind JodyJazz Mouthpieces is Jody Espina, a working musician in the New York City area who creates rubber and metal mouthpieces for soprano, alto, tenor and baritone saxophones. With years of research and testing behind him, his goal is for each piece to play like it was custom-tweaked for the individual player’s needs..."
See Full Article Here!

...responsive, ...rich darkness and warmth,...plays well in all of the registers, and has a sweetness that compliments the naturally bright frequencies of the soprano.
See Full Article Here!

"... the DV CHI has the most effortless playability of any mouthpiece I've ever encountered ... the sound is earthy and full with a nice balance of edge and depth."
See Full Article Here!

"... the DV CHI has the most effortless playability of any mouthpiece I've ever encountered ... the sound is earthy and full with a nice balance of edge and depth."
See Full Article Here!

"Virtuoso mouthpiece craftsman Jody Espina expands into the instructional DVD market with The Music of George Garzone & the Triadic Chromatic Approach, a comprehensive presentation of the ideas behind the music of Berklee and New England Conservatory instructor George Garzone..."
See Full Article Here! 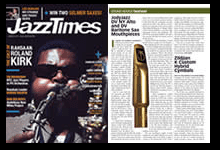 "In general, my saxophone mouthpieces are like airport security: metal is usually not encouraged. It’s not that I dislike the sound of metal. In fact, I do like it, especially in contemporary settings. It’s just that metal mouthpieces come at a cost—more on that later. Yet if anyone is capable of changing my view, it’s Jody Espina (a.k.a. JodyJazz). I have had the pleasure of playing and reviewing a number of JodyJazz mouthpieces, including the inaugural offering from the DV and DVNY lines (both tenor mouthpieces). So reviewing two “siblings” (a DVNY alto mouthpiece and a DV baritone model) was not so much about testing the abilities of the design, but rather transposing the idea to other saxophones..."
See Full Article Here!

"Lets face it; a mouthpiece maker has a finite amount of time in the spotlight—just think of names like Dukoff, Guardala, Sugal, Barone, Gregory, etc. Jody Espina, on the other hand, has enjoyed an uncommonly long day in the sun for a mouthpiece manufacturer."
See Full Article Here!

"I have to admit that I have an addition. No, not to drugs or alcohol. I have an addiction to saxophone mouthpieces. Be they stock, custom, silver, gold, hard rubber, vintage, new-you name the mouthpiece, I have either owned it or tried it. But I know I'm not alone. If you're reading this, chances are you have the addiction too..."
See Full Article Here! 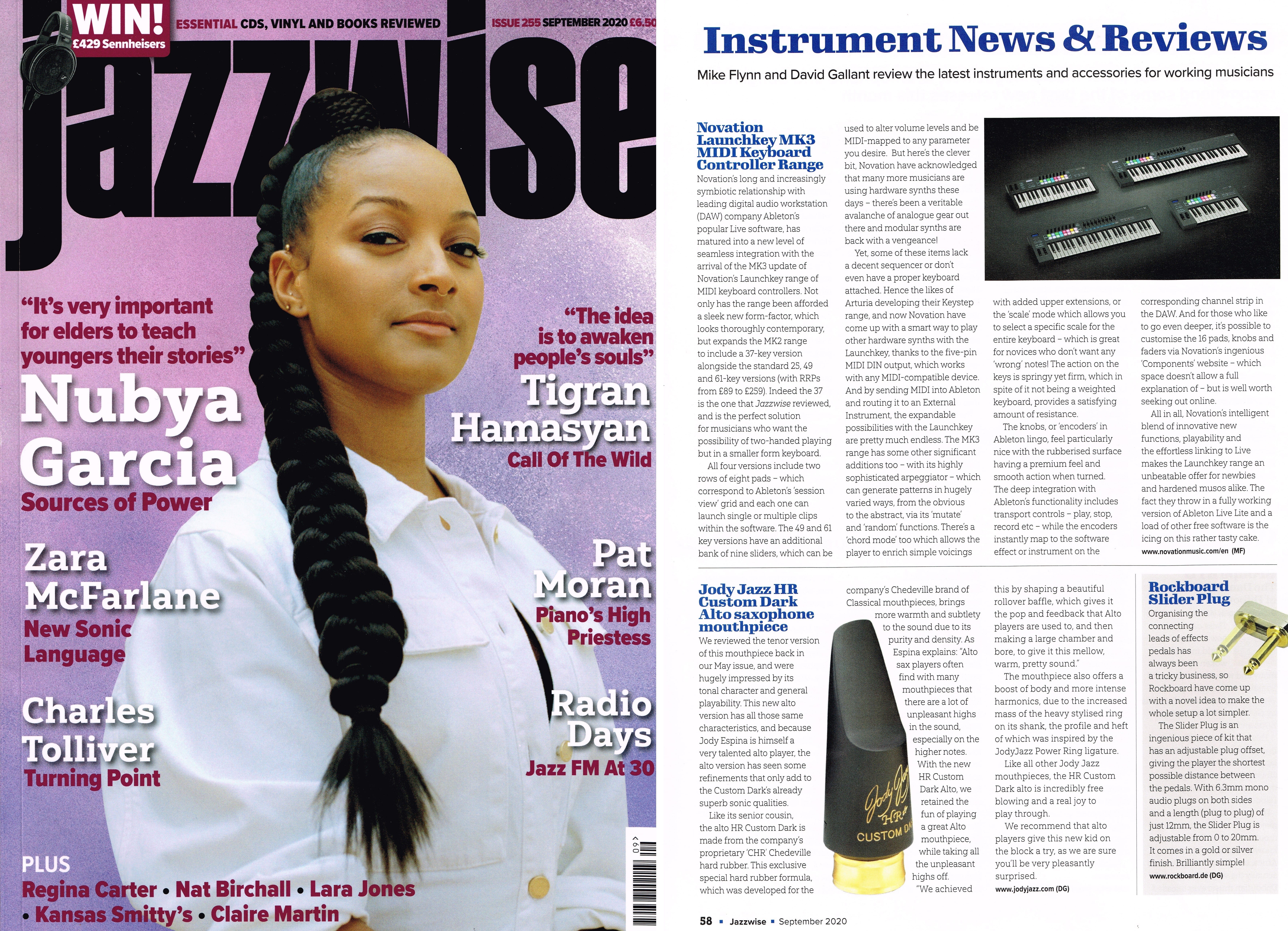 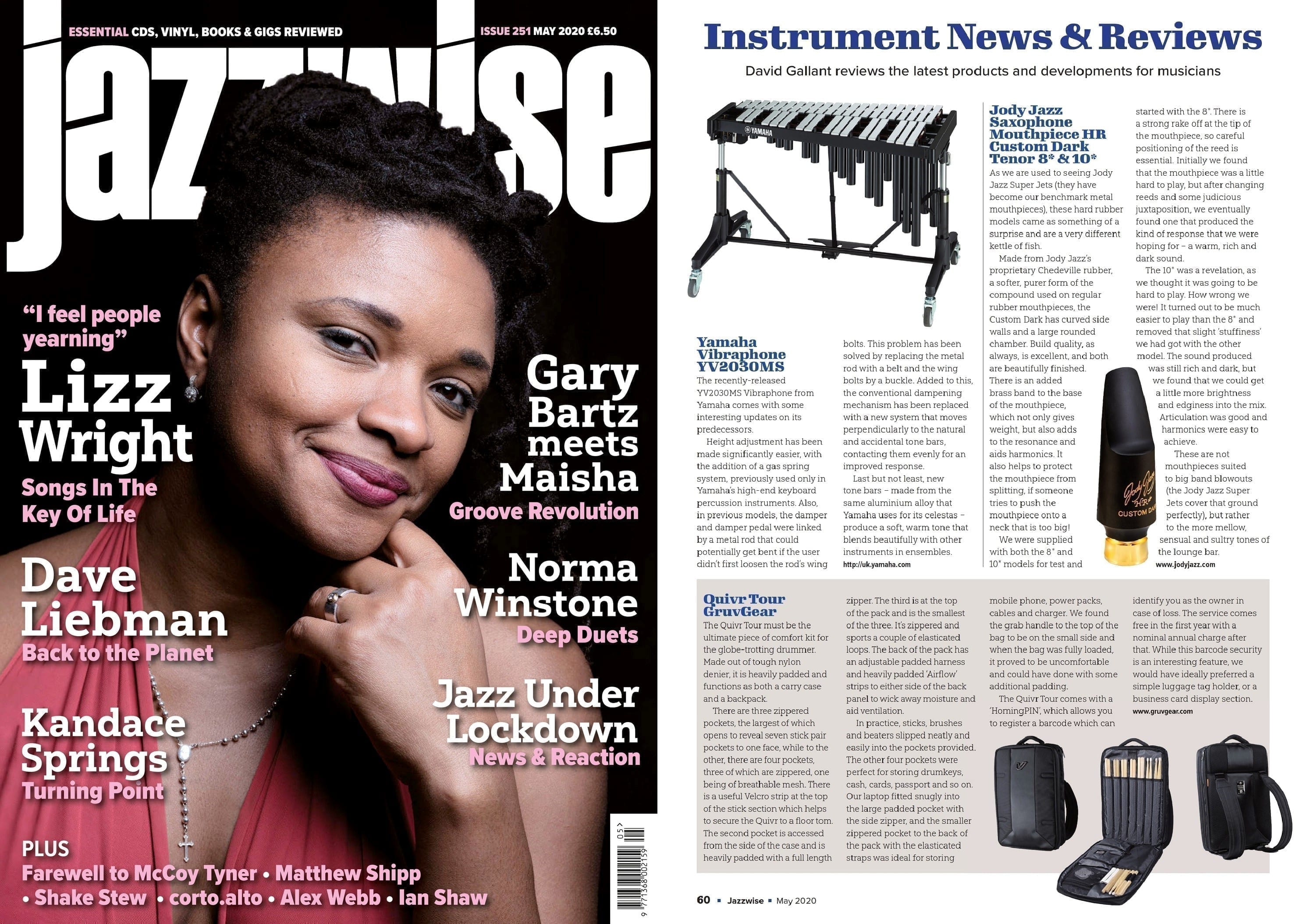 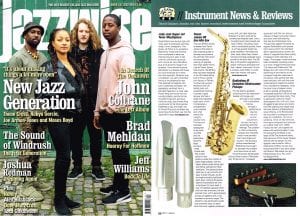 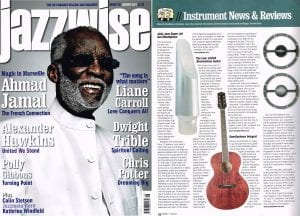 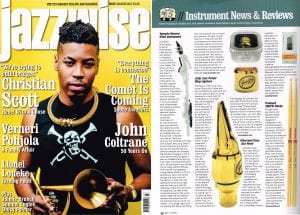 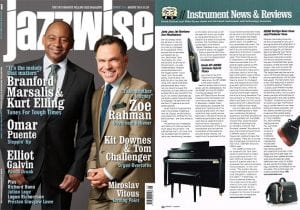 "You can't help but admire Jody Espina of Jody Jazz; his total commitment to developing and refining the design of the metal mouthpiece to achieve the ultimate in sound quality and projection borders on the fanatical..."
See Full Article Here! 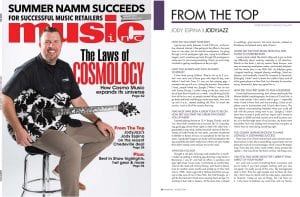 "To Jody Espina, president and founder of JodyJazz, mouthpieces are like car engines. “Musicians often don’t know all there is to know about their mouthpieces, the same way people might not understand something as important as their car engines,” Espina said. “I don’t know much about my car engine, but I still have to drive...”
See Full Article Here! 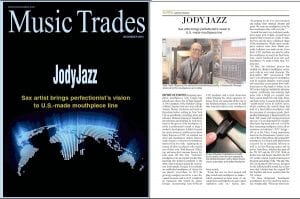 The Vault at Music & Arts

Interview with Jody Espina – The Vault at Music & Arts 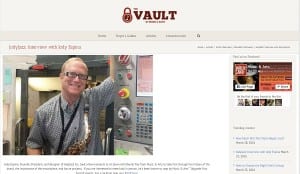