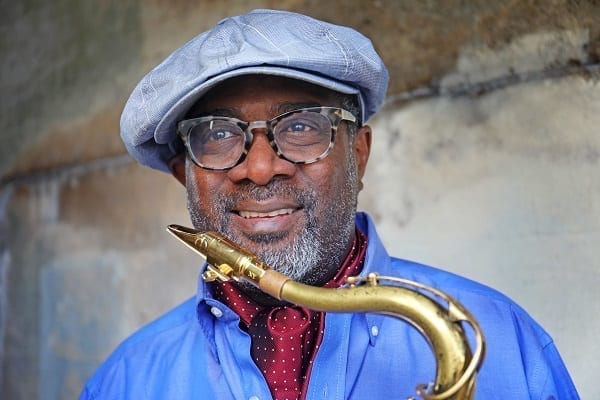 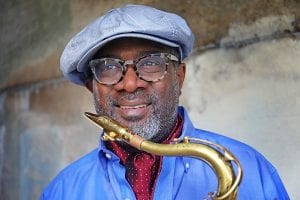 “I absolutely love playing on my Jody Jazz HR #8! This piece has chiaroscuro (in singing, the blending of bright and dark), so I don’t have to trade one quality for the other. It whispers, it screams, it cuts, it articulates. I find the HR to be very expressive and right there with me in every musical situation.”

"On tenor saxophone I play the Jody Jazz DV NY 7* and I love it! The sound is full of presence and clarity. It articulates with ease and I never have to work hard to be heard in any situation. This gives me freedom to be creative and find my own voice. I also play the HR* Jody Jazz soprano mouthpiece. It’s easy to play the range of the soprano with it and it has a clean warm sound."

Saxophonist and vocalist, Lance Bryant comes out of Markham, Illinois, a small town near Chicago. He received his formal music education at Berklee College of Music in Boston, MA, where he studied saxophone and, composition and arranging. After moving to New York City in the mid. 1980s, Lance continued his education, studying saxophone and arranging privately with Frank Foster, the former director of the Count Basie Orchestra. He also studied composition with Bruce Adolphe of Lincoln Center’s Chamber Music Society. In 1990 Lance began his decade-long relationship with the Lionel Hampton Orchestra and in 1993 became the Orchestra's Musical Director and Principal Arranger. Lance also made his film debut in Spike Lee's Malcolm X and traveled extensively with Phyllis Hyman, Jon Hendricks, Pete "LaRocca" Sims, Wallace Roney, Abdulah Ibrahim, Bootsy Collins, James Williams and others. In the early summer of 2000, Lance was selected as an on-stage musician for the Broadway production of the musical review Swing!, which received six Toni nominations. Throughout his music career, Lance's talents as an arranger, composer, saxophonist or vocalist have been featured on many projects like: For the Love of Jazz on Mojazz Records (Lionel Hampton) and Dem Bones and Simply Natural on MaxJazz Records for Grammy nominated vocalist Carla Cook, and more recently on drummer Yoron Israel’s latest release, “Visions, the Music of Stevie Wonder”.

Lance’s earliest musical experience was established while growing up in the Baptist Church. His connection with spirituality and music has endured. In 2000 to 2006 Lance served as Director of Instrumental Music at Fountain Baptist Church in Summit, NJ. Between 2006 and 2013, while living in Massachusetts, Lance served as Minister of Music for Andover Baptist Church in Andover MA, leading worship services with gospel and sometimes jazz music. In 2002 he released Psalm, the first of four Cds featuring original songs, and jazz arrangements of hymns and Spirituals.

As an educator Lance's recent teaching work has included woodwind instructor for Christian Academy in Peabody, MA, director of the Phillips Academy Gospel Choir in Andover MA, and Berklee’s Saxophone Weekend for the Berklee College of Music summer program where Lance taught master classes, group lessons, jazz theory, improvisation and ensemble. Currently Lance is part of the faculty for the Jazz At Lincoln Center educational department working with its outreach program for youth throughout New York City.

In 2014-15 Lance performed with the Jazz at Lincoln Center Orchestra on the Broadway musical hit After Midnight. He is currently playing on the Broadway production of George C. Wolfe's "Shuffle Along ..." featuring Tony Award winner Audra MacDonald and the choreography of Savion Glover. Besides his Broadway work Lance continues to perform and teach in the New York and northern New Jersey areas, and touring with pianist Abdullah Ibrahim and occasionally the Count Basie Orchestra.