When Jody Espina first met legendary mouthpiece maker Santy Runyon in 1999 he had no idea that this encounter would directly lead to the inception of one of the world’s preeminent mouthpiece companies. A professional musician and Jazz educator in New York, Jody’s only interest at the time was for Santy to customize a mouthpiece to his own specifications. But word about this special mouthpiece spread rapidly around town and Santy suggested to Jody that he call it the JodyJazz mouthpiece and start selling them. Soon saxophonists from far and wide were flocking to Jody’s New York loft to buy the mouthpieces and in 2000 JodyJazz Inc was formally established. Over the next few years Jody worked tirelessly to create numerous new models and develop the line and in 2008 he moved the operation to its current home in Savannah, Georgia greatly expanding his manufacturing capabilities and capacity. Today JodyJazz mouthpieces are played by many of the world’s leading saxophonists and are highly prized by players in all countries across the globe. 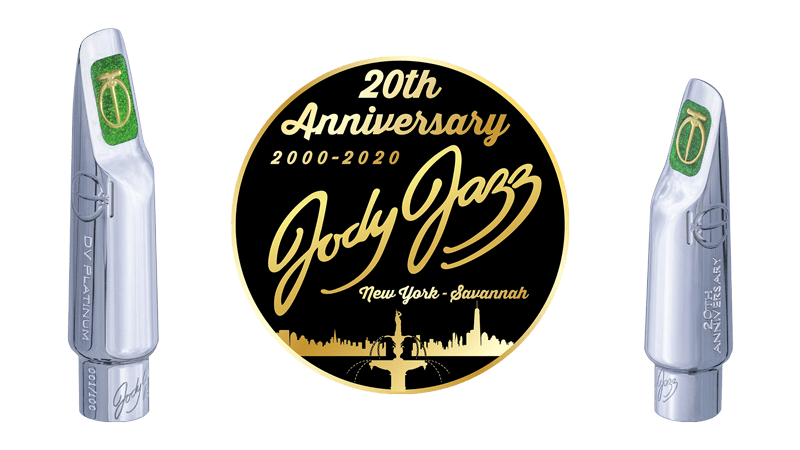 In 2020 we celebrate our 20th Anniversary. To commemorate this important milestone we are proud to offer the DV PLATINUM 20th Anniversary Limited Edition models. These are DV mouthpieces, featuring the patented secondary window design, with a spectacular Platinum plating finish. They also feature a special emerald green bite plate inlay and each one is engraved with its serial number on the shank. Only two models are available, the DV PLATINUM Alto 7 and the DV PLATINUM Tenor 7*. Production will be strictly limited to only 100 pcs each. 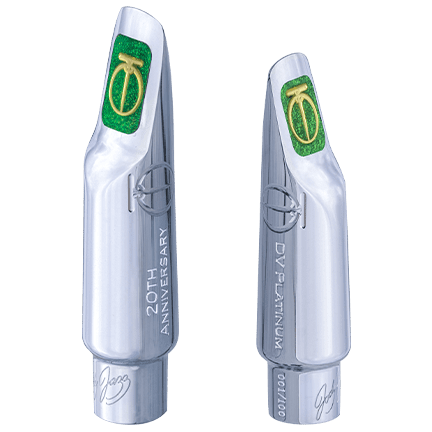 The mouthpieces come with a Rovner Platinum Series Ligature and Cap, Deluxe Leather pouch, Certificate of Authenticity signed by Jody Espina and are specially packaged in a unique bamboo wooden canister. 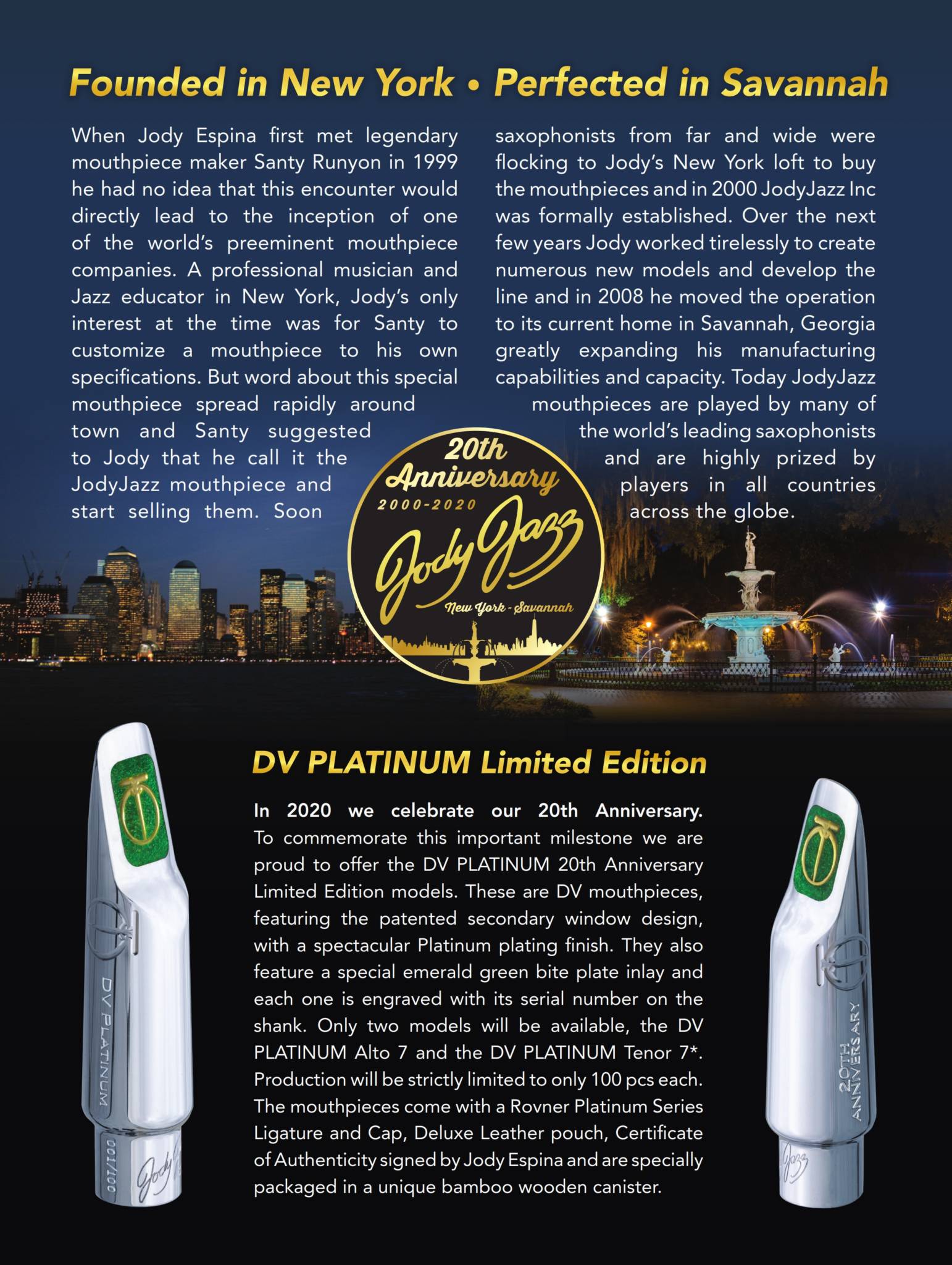