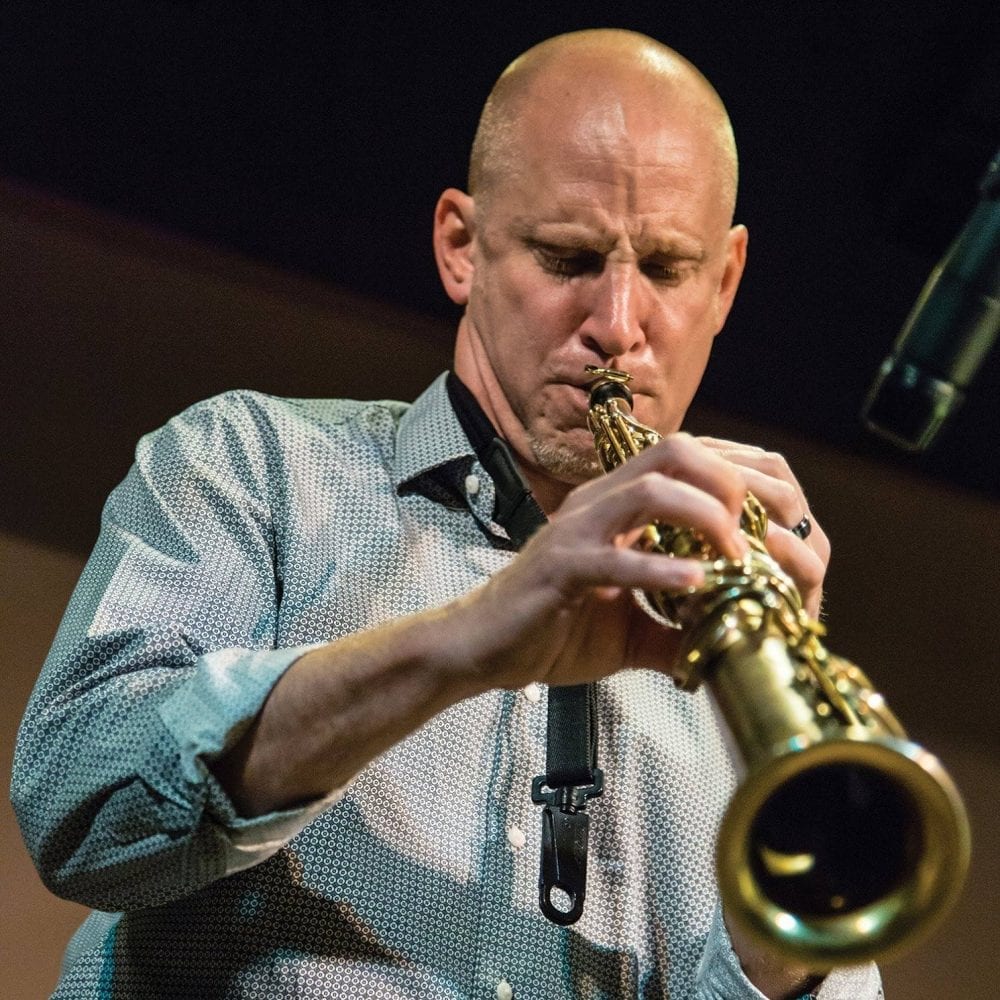 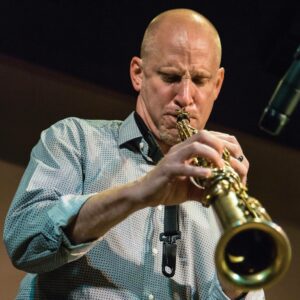 Bobby Selvaggio is one of the leading alto saxophone voices on today's jazz scene. In the words of pianist Kenny Werner, “Bobby is among the best of players out there,” and legendary saxophonist Joe Lovano praises Bobby by calling him “one of the few young saxophonists on the scene today that captures you with his strong presence, focus, and sound.”

Bobby, who grew up in the Cleveland area, earned his Bachelor of Music in Music Performance from Kent State University. He eventually moved to New York City and earned a Masters degree in Jazz Performance from the Manhattan School of Music. While in New York, Bobby studied with Joe Lovano, Bobby Watson, Dick Oatts, and Maria Schneider.

After living in New York City and gigging around town at places like the Vanguard, Smalls, and Birdland for four years, Bobby decided to move back to Cleveland with his family. He has dedicated himself to keeping jazz alive in Cleveland and his passion for jazz education has led him to serve as Director of Jazz Studies at Kent State University.
In addition to his work in jazz education, Bobby continues to expand his discography. His most recent recording is Short Stories (Origin Records, 2014) featuring Aaron Goldberg on the piano, which follows Way Of Being (Arabesque Records, 2013), Grass Roots Movement (Arabesque Records, 2011) and Modern Times (Arabesque Records, 2009). Modern Times featured Kenny Werner on piano and Sean Jones on trumpet. Bobby’s Unspoken Dialogue (Playscape Recordings, 2007), also featured Kenny Werner, as well as Jamey Haddad on drums, Ben Street on bass, and Paul Tynan on trumpet.

“Bobby Selvaggio is one of the few young saxophonists on the scene today that captures you with his strong presence, focus, and sound. He carries you with him on his journey through these original compositions and has put together a fantastic group for his new release. I’ve known Bobby for some time and it’s very exciting for me to hear his development, and see his passion and drive through the years grow and grow……Carry on Bobby!!!! That’s what it takes.” Joe Lovano

“Bobby’s CD was really something special. It’s not often that a composer sets up tunes and situations that make the band and every soloist sound special, but once we understood Bobby’s compositions, each and every one of them started to make us sound brilliant. Also, for my money, Bobby is among the best of players out there!” Kenny Werner

“... Selvaggio demonstrates that he is not only able to play, but also can stay. His playing goes
beyond the realm of technical proficiency and into the realm of the creative. This is a guy, and a
work, worth hunting down and hearing ....” Music-Reviewer.com