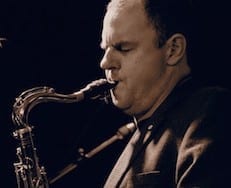 "Because I play in many different styles I need a mouthpiece that has the flexibility to allow me to create the sound that I am hearing at any given moment. The GIANT Tenor 7* offers a great dynamic range and a broad tonal palette that lets me meet the musical demands of whatever musical situation I’m in."

Phil Dwyer is a Member of the Order Of Canada, an honorary fellow of the Royal Conservatory of Music and the winner of many notable awards and prizes, including multiple Juno Awards and the K.M Hunter Artist Award. He has enjoyed an illustrious 30 year career as a performer, composer/arranger, and educator which has crossed stylistic and geographic borders and has included collaborations with a storied roster of great musical artists. Currently, in addition to performing, recording, and teaching, he is a law student and the co-owner of SeaWind Musical Instruments, which produces the Phil Dwyer Edition line of saxophones as well as developing and distributing other musical products including JodyJazz Mouthpieces.

Phil has performed at major music festivals and venues in over 30 countries on 4 continents. He has toured and recorded with pop music legend Gino Vannelli, performed with jazz greats like Red Rodney, Tom Harrell, Renee Rosnes and Terri Lyne Carrington. He has appeared with symphony orchestras and leading chamber music ensembles as well as with leading exponents of “latin-jazz” like Hilario Duran, Roberto Occhipinti, Dafnis Prieto and Horacio Hernandez. This has led to Phil’s much-deserved reputation as being one of the most versatile and accomplished musicians in Canadian music.