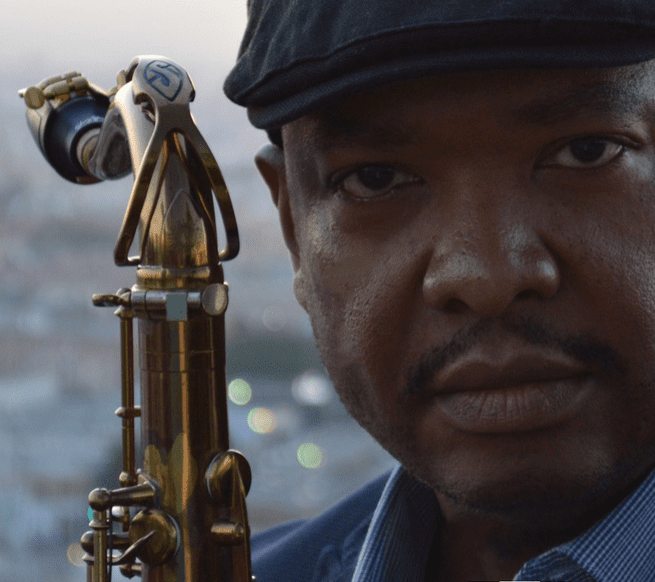 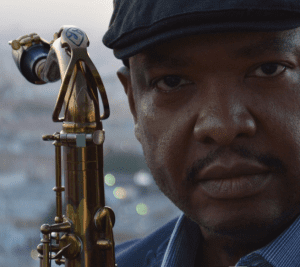 Sal Crocker on the Giant Tenor 8*

“Sound is arguably one of the most critical elements of performance! The JodyJazz Giant allows me to express my inner voice, it has a certain complexity to it that inspires creativity. When you feel better about your sound, you play better! I can comfortably rest in the music, leave space and enjoy the resonance of my own voice without forcing things. Equipment and setup are an essential part of producing a good sound. The JodyJazz Giant gives me the freedom to shape my sound, it plays like a rubber mouthpiece, not edgy, but yet, and unlike most hard rubber pieces, it’s robust and powerful. I can play a ballad at a very soft dynamic level and also push it without limits.”

Seleno “Sal” Crocker manages TWO very successful careers during one lifetime. Along with being an award-winning Saxophonist, this artist also serves as a successful major airline pilot for the last 27 years. Yes, Sal has managed to equally master his Mark VI and the Airbus at the same time. Growing up, Sal always had a desire to fly but, once he picked up the saxophone at age 10, he defined his two passions: Flying and the Saxophone. So, instead of choosing one career over the other, he decided to tackle them both, simultaneously.

After many years of light musical endeavors, Sal is able to embark on a musical journey as a “full time” professional jazz musician thanks to the support of his beautiful wife, Eurydice, and her kaleidoscopic vision for her husband’s future.

Born in New York City October 29, 1965, Sal moved to Memphis at the early age of four. While growing up in Memphis, the musical city exposed him to a rich heritage of music covering a broad and wide spectrum. Early on, Sal’s father, Seleno Clarke, a renowned New York City Organist, took him to Willie Mitchell’s studio where he observed sessions and breathed the native soulful B3 sounds and classic rhythms of that era. This became a natural part of him, along with the traditional gospel and jazz music of the South.

At 10 years old, Sal began playing the tenor saxophone under the direction of noted saxophonist and studio musician Jim “JT” Terry. JT set the bar extremely high for Sal at a young age. He worked tirelessly developing a diligent work ethic that would afford him the luxury of having two parallel careers.

When he was 14, Sal expressed his interest in becoming a member of the highly acclaimed Germantown High School Jazz Band. This band won many notable band competitions and also toured in Europe. Since both tenor chairs were held by upper class-men and the baritone chair was being vacated, Sal seized the opportunity to play baritone or “bari” and joined the band. By the time Sal entered his last year of high school he had already earned “Best Soloist” at the Austin Peay Jazz Festival judged by Marvin Stem, won a chair in the Tennessee All-State Jazz Band three years in a row, and earned a seat on the highly selective “McDonalds All-American Jazz and Marching Band”. Sal’s gift in music also earned him a scholarship to the Berklee School of Music Conservatory in Boston, Massachusetts. Sal accomplished all of this while studying to be an airline pilot at the same time. Before departing for Boston, Mayor Richard C. Hackett awarded Sal a key to the city of Memphis.

During his tour with the McDonald’s All-American Jazz Band, Sal rubbed elbows with many future greats like Delfeayo Marsalis, Mark Whitfield, and Javone Jackson, who were also members of the band. After touring the country with the McDonald’s Band, Sal found himself at Berklee studying with world-renowned saxophonist Billy Pierce. As a freshman, he performed with the top band at Berklee, a position usually held by senior students.

In order to afford the flying lessons necessary to pursue his other passion of becoming a pilot, the higher cost of flying lessons in New England forced Sal to leave Berklee prematurely and return to Memphis where he finished his musical education at Memphis State and switched back to his original instrument, the tenor saxophone. Relocating back to Memphis, he was able to earn his private pilot’s license by age 17.

In the process of mastering his studies as a musician and airline pilot, at the tender age of 18, Sal reunited with his father musically on jazz festivals and cruises. He performed on the same billing with many greats such as Freddie Hubbard, Lou Donaldson, Etta James, Gerald Albright, Arthur Prysock, Charles Erlin and many more. Over the coming years, Sal found himself wearing many musical genre hats; performing music from R&B and pop to gospel to jazz. He played with artist such as the Diamonds, Marvels, Angels, Platters, The Temptations, James Williams, Phineas Newborn, Mulgrew Miller, Dinah Shore, Kenny Loggins and more, but realized jazz was his true passion.

In 1989 at age 23, Sal was hired on by United Airlines becoming one of the youngest airline pilots in the industry to be employed by a major commercial airline. Shortly after being hired, Sal’s career as a captain became just as impressive as his career as a musician. He has held the position as Captain since 1995, six short years after being hired on. He has been an LCA (Line Check Airman), an instructor/evaluator since the year 2000, a highly sought after position. Sal is qualified as a Quality Control Line Check Airman (QCL), and a Line Check Airmen Instructor (LCA) a position that certifies him to supervise captains as they are qualifying new captains. He has also held the position of an Interview Captain and a Flight Manager.

As you can see Sal has singlehandedly mastered two full-time careers by the age of 50. Now he has decided to pursue his music full time.

“I have a lot to prove musically now that I’m giving music my undivided attention this late in the game” he states. “I don’t want people to view me as a great pilot with a saxophone hobby. I want people to recognize that I am a great saxophonist who just happens to be a pilot. I have dedicated my entire life to the craft of music”.

Sal Crocker has been characterized as a blend of soul and intellect. Jimmy Heath states, “Sal has the sound of music. He knows the meaning of music.”

Sal’s diverse life experiences yields him to be an individual who is not cut from the traditional cloth of most musicians. His music brings a wealth of soulful, spiritual and intellectual insights from a unique place. This is evident through his performances, where he frequently draws from his influences such as Bob Mintzer, Grover Washington, John Coltrane, Coleman Hawkins, Sonny Stitt, Lester Young, Dexter Gordon, Michael Brecker, Miles Davis, Eliane Elias, Don Grolnic, Joe Henderson and Kenny Garrett just to name a few.