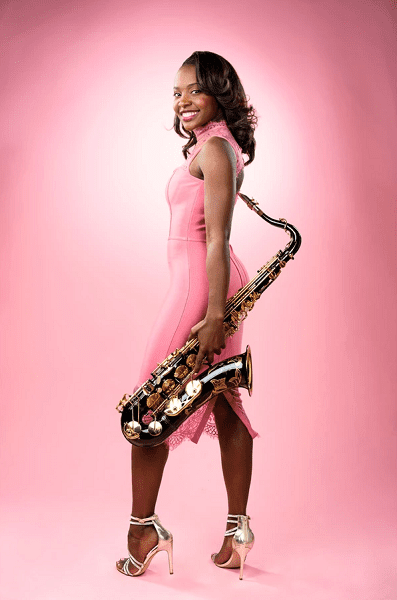 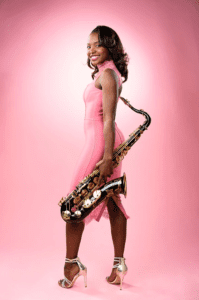 Jazmin Ghent on the JodyJazz DV

When I first saw the DV Tenor 7 mouthpiece I was intrigued by its striking appearance. The sound was OUTSTANDING! It provides controlled projection equally on both high and low registers. The altissimo register plays with ease which is usually a common issue among mouthpieces. I attempted to compare the JodyJazz to the mouthpiece I was using at the time (very well-known mouthpiece) and immediately realized there was no comparison. I would HIGHLY recommend the DV.

Jazmin Deborah Ghent is a gospel, jazz and contemporary saxophonist. Born in Heidelberg, Germany and raised in Huntsville, Alabama, she became interested in music at age 5 when she began taking piano lessons. She became the Sunday school pianist at the age of 8 and often practiced with the adult musicians and church choir members. After being introduced to the saxophone in Middle School, she progressed to becoming the church pianist and saxophonist. Jazmin won numerous All State Honor Band awards. Once in high school, she discovered her passion for performing and teaching and began playing professionally in the Huntsville, Alabama area

Jazmin won National awards such as the NAACP's ACT-SO competition and was chosen to perform at the NAACP closing ceremony in Orlando, Florida in 2008. She was chosen for 3 consecutive years as 1st chair tenor saxophonist for the All State Jazz Band. Jazmin was offered a full tuition scholarship in 2009 to Berklee School of Music as well as Florida State University School of Music. She attended Florida State University and was lead tenor in the symphonic band and also performed with the jazz band/ensemble in several venues. Jazmin graduated in May 2013 and received a degree in Music Education.

Following a performance on Bobby Jones' Gospel Show in June 2013, she was offered a scholarship to attend Tennessee State University in Nashville, Tennessee. She is currently a student in the master's program in music education. Her most recent achievement was being chosen the 1st place winner of the 2014 Smooth Jazz Cruise "Show Your Talent" competition. Jazmin continues to enjoy her true passion, performing and looks forward to what the future brings.