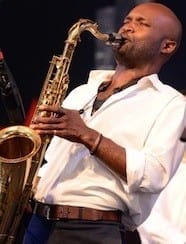 "The Love, Care and Attention to Detail that goes into every Jody Jazz Mouthpiece brings these creations and their technical considerations to the realm of Art. Works like these will be collectors items, and will surely, for posterity, be portals of and amplifiers aiding in the production of the World's greatest, most moving sounds."

As an educator, Lee has served on the faculty of Tulane University, as Director of Music at the International School Moshi, Tanzania, East Afrika at the foot of Mt. Kilimanjaro, and as a clinician nationally and internationally. Lee currently serves as a faculty member in the Music Department at the prestigious New Orleans Center for the Creative Arts (NOCCA), as an adjunct faculty member at Loyola University and the University of New Orleans, and as Woodwind Specialist & Director of the Grown Folks Lab Band with the Musicollaborative, a community based music education service organization.

He earned his Bachelors of Science in Music Education from Auburn University, attended the Berklee College of Music as a scholarship recipient, graduating with an Artist Diploma in Professional Music, & earned his Masters of Music from the University of New Orleans as a member of the Louis Armstrong Quintet.