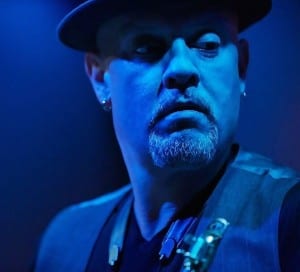 "Pop saxophone is all about tone, projection and cutting through the band. I put a lot of air through a large setup, and until recently, I never realized just how hard I was working. Now, on the JodyJazz DV, a huge sound, great intonation, and consistent altissimo are seemingly effortless. I won’t play anything else. Many thanks Jody Espina and the JodyJazz crew. "

Sean was born and raised in Shreveport, Louisiana. This area of the country, famous for it’s rich musical and multi-cultural heritage, allowed Sean to develop his uniquely expressive vocal and saxophone sound.

On growing up in the south: “My influences were vast and varied. I had no idea how fortunate I was to be surrounded by the blues, gospel, and jazz artists of that region. Music was everywhere and all consuming in my life. It was largely an internalized extension of the lifestyle. You didn’t study it, you just digested it along with the food, customs and stories of the older generation. Sean was singing gospel hymns in front of congregations from the age of three, learning piano at 6, and discovering his love of saxophone at 12 years old. “In that part of the country, it was possible for me to begin performing with the best players at a very young age. It was during that time, I began to create my inseparable approach to singing and playing the saxophone.”

Sean has worked extensively in Live Television as Music Director on "The Next", Associate Music Director on the "Lopez Tonight" show with George Lopez, "Oh Sit", and the Arsenio Hall Show. Currently, Sean can be heard as a vocalist on "Dancing With The Stars."