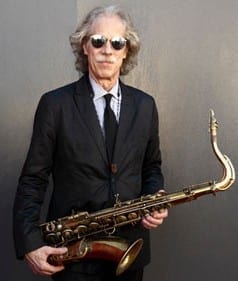 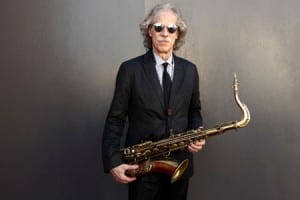 "This JodyJazz metal alto is beautifully made, plays in tune and gives me the bark and bite I need for louder playing situations. Records great too."

One of the most sought after session horn players on saxophone, flute and clarinet, solo artist, arranger and composer Lou Marini has electrified audiences for several decades now with his "sultry, seductive and singular" sounds in jazz, rock, blues, classical music and in film, television shows and specials.

Lou Marini, Jr. made a name for himself as a sideman in various high profile groups the early 1970s and continues to be one of the most sought-after sidemen and session musicians on the scene today. The New York based Marini is famed for his chameleon-like adaptability to imagine and perform inventive ideas in jazz, rock, blues and classical music. He is accomplished on soprano, alto, tenor, and baritone saxes, piccolo, flute, alto flute, bass flute and clarinet and any top New York jazz musician will tell you he’s "one of the absolute best jazz musicians."

Lou Marini, Jr. is also well known as a member of several distinguished bands: Woody Herman Orchestra, Doc Severinson, Blood, Sweat and Tears, The Band, Levon Helm & the RCO All-Stars, Dr. John, Frank Zappa, Saturday Night Live (SNL) Band, The Blues Brothers, Maureen McGovern, Lew Soloff Quintet, Blue Beck with Joe Beck, Eric Clapton, Red House, and the Magic City Jazz Orchestra. He has toured four times each with James Taylor’s Band of Legends and the John Tropea Band. A true blue lover of big bands, Lou has had the honor of performing with some of his childhood idols such as Thad Jones-Mel Lewis and the Buddy Rich Band, the latter with whom he also arranged.

It is Marini’s seven year association as an original SNL band member that led to his role as “Blue Lou” in John Belushi and Dan Akroyd’s cult classic movie, “The Blues Brothers.” To this day, the remarkable popularity of the Blues Brothers Band is kept alive. Lou and the other band members tour worldwide, giving live concerts to packed houses and hundreds of thousands screaming fans.

No stranger to film, Lou Marini enjoys a formidable roster of success in this arena, too. His character as a band member and the saxophone soloist, who performs with his sax on the counter of a diner as Aretha Franklin sings “Think” in “The Blues Brothers” movie, remains throughout the sequel “Blue Brothers 2000.” Dubbed ‘Blue Lou’ by Dan Akroyd, he is also well-recognized for his saxophone solos at the open and close of SNL episodes, and as the golden pharaoh who plays a solo instrumental hit for comedian Steve Martin’s “King Tut” sketch on a 1978 episode.

The ever-present influence of Lou Marini, Jr. is all around you. Jingles, television, radio and concerts all reflect the irresistible, innovative sounds of this veteran performer who electrifies audiences internationally. He truly is one of the industry’s most prolific luminaries who demonstrates a tireless commitment to his craft.