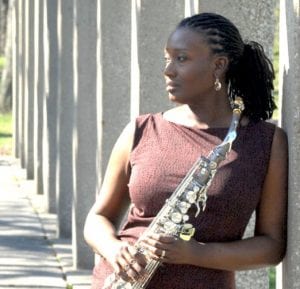 “After years of searching I finally found the right mouthpiece to achieve my unique and signature sound! The JodyJazz DV Alto 7 Mouthpiece helps me to produce a warm, full and organic sound on my straight-alto saxophone!” 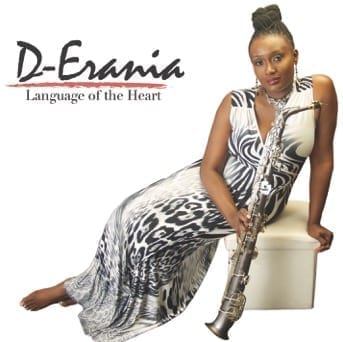 D-ERANIA…
A Chicago-born beauty, saxophonist, pianist and gifted songwriter who leads her own dynamic band. She has shared the stage with such luminaries as Larry Carlton, Stanley Clarke and Robert Irving III and is well respected for her creativity and unique & soulful sound. She is also the only Artist in Illinois that plays the Straight-Alto Saxophone and the world is DErania’s stage, as she has performed across the US including Chicago, DC, California, New York, and abroad including Australia, Thailand, Europe and Canada. Some of her notable performances include:

D-Erania’s live concerts regularly feature exciting renditions of her original compositions as well as powerful arrangements of music by Artists such as Stevie Wonder, Wayne Shorter, Lalah Hathaway or Yellow Jackets. Her versatility as an Artist and Musician is certainly
matched by few, and her love for many styles of music is heard loud and clear through her vibrant band filled with melodic sax, rich keys, soulful bass, rhythmic guitar and solid drums.

As an Independent Recording Artist, Engineer & Producer D-Erania has released two outstanding releases; “Offerings of Love” in 2005 and in 2016 “Language of the Heart”. She has been recognized as an affluent multi-instrumentalist, performer & songwriter gaining
endorsements from the Mouthpiece Manufacturing Company, JodyJazz and the Instrument Manufacturing Company, Sax Dakota USA as their first “Chicago Lady of Dakota”. She is also a Voting Member of The Recording Academy.