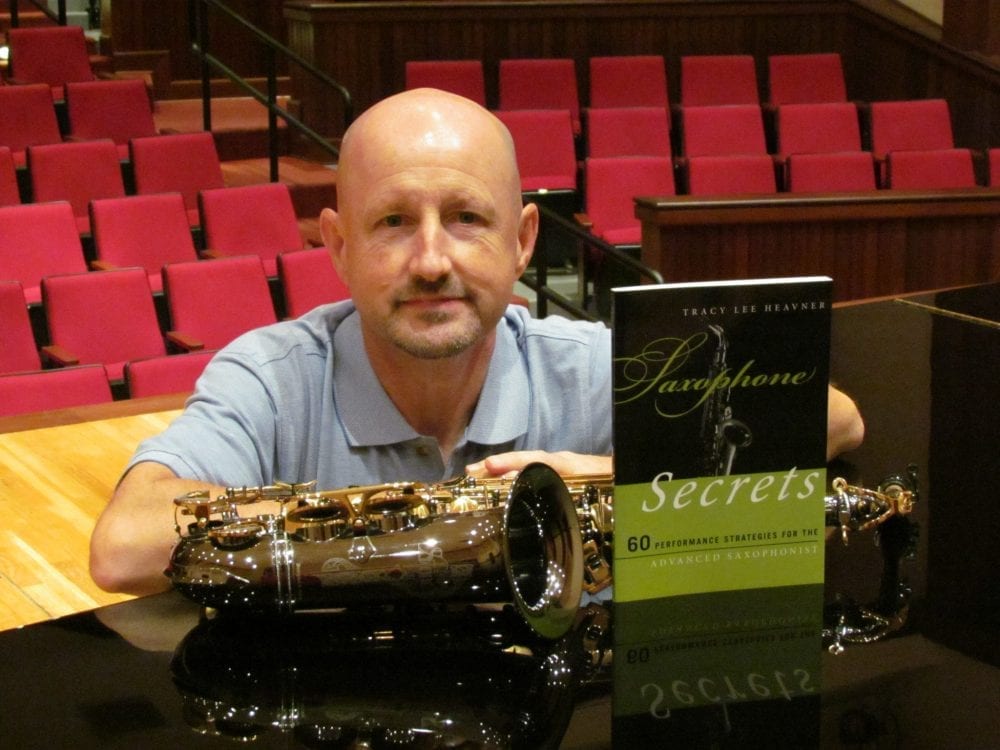 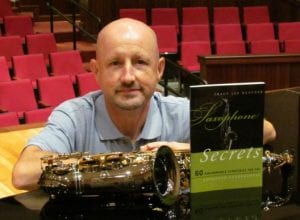 "I play JodyJazz JET saxophone mouthpieces because they produce a powerful, intense sound with the flexibility to perform in a variety of jazz styles and performance situations. They are reed friendly, easy to control and play well in tune. I highly recommend JodyJazz mouthpieces."

Professor of Saxophone, Music Education and Director of Jazz Studies
Dr. Tracy Heavner, internationally known music educator and distinguished performance artist, performs in a variety of genres ranging from classical to jazz. His talents as a saxophonist, clarinetist and flautist are witnessed on stage as a soloist, chamber ensemble and combo member and within the big band and orchestra. His professional achievements off the stage are equally impressive in the areas of education, teaching, performance and scholarship.

Teaching
In the area of teaching, Dr. Heavner currently serves on the faculty at the University of South Alabama as a professor of music education, saxophone and director of jazz studies. He is a full member of the graduate faculty and area coordinator for all music education courses in the department of music. He is the university supervisor for all instrumental music education student teachers and also serves as the music education liaison to the College of Education. His teaching duties include courses in music education, music education technology, applied woodwinds and jazz studies. In addition, he regularly serves as an adjudicator and clinician in both classical and jazz styles for various music festivals and competitions. In 2010, he served as the Alabama All-State Jazz Ensemble Director and in 2012, he was the Louisiana All-State Jazz Ensemble Director. He has also served as a Fulbright Scholar Training Specialist and has been teaching at the University of South Alabama for the past 20 years.

In addition to his university teaching duties, Dr. Heavner also teaches a large private studio of middle and high school saxophonists, flutists and clarinetists who consistently place in the top chairs of honor bands, all-state band and orchestra ensembles. Many of them perform in the Mobile Symphony Youth Orchestra. For more information on applied lessons or to schedule a lesson with Dr. Heavner, email him at theavner@southalabama.edu.

Prior to his appointment at the University of South Alabama, Dr. Heavner taught at a middle, junior and senior high school in the North Carolina public school system for six years. His teaching duties at the middle and junior high school were beginning, intermediate, advanced band, general music and chorus. At the senior high school, he taught marching and symphony band. During this time, he was also a mentor teacher and supervised student teachers from nearby universities. Dr. Heavner’s bands received consistent recognition for their excellence at regional, state and national levels with the marching band winning over twenty-five first place and grand championship awards during his tenure there.

Performance
In the area of woodwind performance, Dr. Heavner is a professor of saxophone at the University of South Alabama where he teaches all saxophone majors and minors. He is a Cannonball Performing Artist on saxophone and also endorses D’addario reeds. In addition, he serves as a consultant for Hakam Din & Sons Musical Instrument Manufacturing Group. His performance interests include both classical and jazz styles. As a classical artist, Dr. Heavner has served as principal saxophonist for both the Mobile and Gulf Coast Symphony Orchestras and performed as principal and 2nd clarinetist for both orchestras as well. He has performed internationally in Canada, Malta, Spain, Switzerland, United Arab Emirates, and at Carnegie Hall in New York, at the World Saxophone Congress, the North American Saxophone Alliance Biennial Conference, on the Eastern Shore Concert Artist Series and the Mobile Symphony Concert Chamber Series, at Florida State University, Furman University, Radford University, the University of South Alabama and with the Goliard Ensemble of New York.

In addition, Dr. Heavner has also authored two books. The first is an aural skills textbook entitled Sight Singing and Rhythmic Reading, Progressive Exercises for Developing Aural Skills, published by the Edwin Mellen Press. Music teaching institutions around the world use this book in their aural skills music classes, especially the music conservatories of Australia. His second book, entitled Saxophone Secrets: 60 Performance Strategies for the Advanced Saxophonist (ISBN 978-0-8108-8465-6), is a saxophone pedagogy book published by Scarecrow Press, Inc. This book is the result of 30 years of saxophone teaching and performance in both classical and jazz styles, and is a great resource for saxophonists and music educators. A preview is available on Amazon here.

Dr. Heavner has presented music research and performed at conferences and published studies in conference proceedings throughout the United States and Hawaii, and at international conferences around the world including Australia, Austria, Canada (Quebec and Toronto), Egypt, England, France, Germany (Ichenhausen and Gottenheim), Hong Kong Ireland, Italy, Malta, Spain, Switzerland and the United Arab Emirates. At the 2009 International Journal of Arts and Sciences Conference in Gozo, Malta, he was one of four invited plenary speakers and his research study was awarded outstanding paper of the conference.

In addition, Dr. Heavner is a field editor for the Edwin Mellen Press, which entrusts him with the commissioning, review and selection of new manuscripts for book publication. He served on the international editorial committee board for the 2009 International Conference on e-Commerce, e-Administration, e-Society and e-Education (e-CASE) held in Singapore, and as a international liaison for the 2010 and 2011 International Conference on e-Commerce, e-Administration, e-Society and e-Education (e-CASE) held in Macau, China and Tokyo, Japan respectively. In 2010, Dr. Heavner served on the editorial board for the First International Conference on Music Education in Egypt: Music Education…A Vision for the Future held in Cairo, Egypt. He also presented his own research there. These experiences allowed him the opportunity to peer-review and critic many research studies submitted for conference presentation and publication by research professors from around the world. As a part of this conference, there was also a plan to publish the First International Journal of Music Studies in Egypt, which he was also appointed as an editorial board member. Unfortunately, the political turmoil in Egypt prevented this from occurring as of yet.