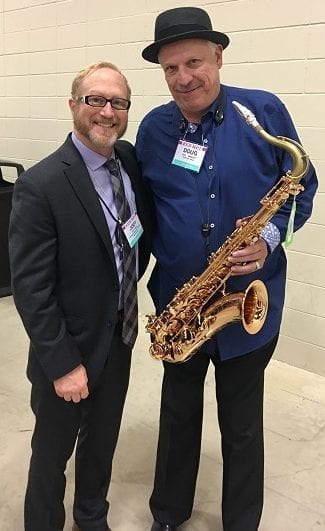 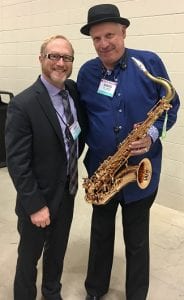 “I can use this mouthpiece for any gig that I play. My main gig with the Count Basie Orchestra, this mouthpiece will be perfect for that, or small group with the Dexter Gordon Legacy Quintet with Louis Hayes, this is going to be perfect. Just what I need. It’s the best mouthpiece on the market.”

Doug appeared in the Broadway Show "Come Fly Away" as principle saxophone soloist along with the great Canadian saxophonist P.J. Perry from 2009 thru 2012. This show, based on the music of Frank Sinatra and the choreography of Twyla Tharp featured an all-star big band performing on stage."Come Fly Away" began in Atlanta, went to Broadway, and toured nationally in the US and Japan in it's 3 year run. Other Broadway shows Doug has been associated with as an original member include: the 1st National Tour of "Sister Act", which ran from September 2012 to July 2014.

Doug's upcoming recording projects (2018 releases) will be a Latin-Jazz album featuring among others Bobby Shew, and a straight-ahead swinging quartet album with longtime friend John Trentacosta recorded in NYC featuring Dan Trudell and John Webber. Other 2018 recordings Doug will be appearing on as a featured soloist include Ella turns 100-Live At The Apollo featuring Andra Day, Patti Austin, Cassandra Williams & Lizz Wright on Concord Records, and 80 Years of Basie with The Legendary Count Basie Orchestra featuring Stevie Wonder on Concord Records.