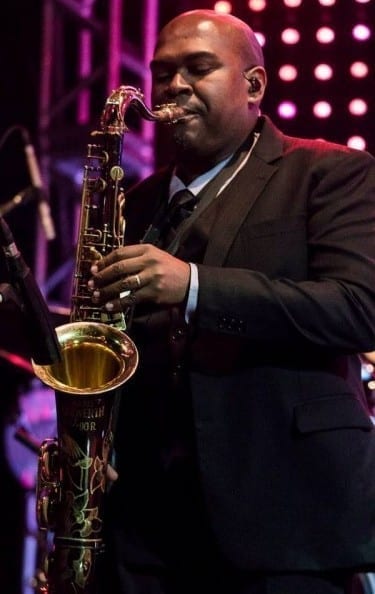 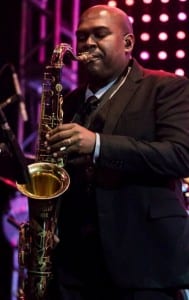 “The incredible sound projection of my JodyJazz DVs has impressed me for years. I love the ease of tuning and super altissimo, as well as the beautiful harmonics you hear. JodyJazz mouthpieces are made from only the finest materials and the really stand up to the rigors of the road, playing night after night. I always feel my sound is always right there and effortlessly gives me the sound I need both in live shows and in recording studios. I first started playing the JodyJazz DV Tenor 7 when I was in London and because I love that so much have since also added the DV Alto 7 for my Alto.”

The Brazilian musician, renowned composer, arranger, producer and musical director Hamilton Faria came from humble beginnings, with a love and instinct for music.

Hamilton became a professional Saxophonist and flutist at the age of 8, traveling across Brazil playing for various bands of the time. Hamilton was for 14 years a member in what became the world’s biggest multi-platinum selling Samba band. ‘So Pra Contrariar’ succeeded to be World Music Award, Latin Grammy, Grammy Award and MTV music award winners, selling over 10,000,000 albums in Brazil. At the heights of that time, Hamilton took part in special performances and recordings with some of Brazil’s legendary artists such as Roberto Carlos, Gilberto Gil, Caetano Veloso and Fabio Junior.

Pursuing his music in London for two years, Hamilton honed his craft playing in many of London’s famous jazz clubs and alongside popular music and Indy artists such as 2007 Soul Indy Award winner Paul Ewing. He also took part in recording and developing the Soundtrack of the world wide screened documentary about Brazilian Football “The Beautiful Game” composed by Pedro Paulo Rocha Barros and Andrew Kingslow.

Now based in Brasil again, he is set to continue developing his musicality and bringing his music to life. Most recently ‘So Pra Contrariar’ reformed after a 10 year break and shall be touring for the next two years