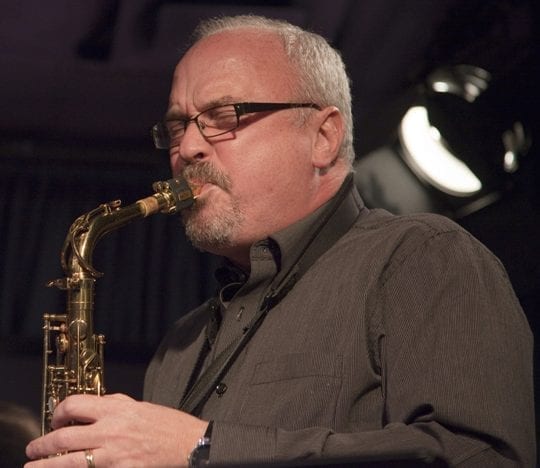 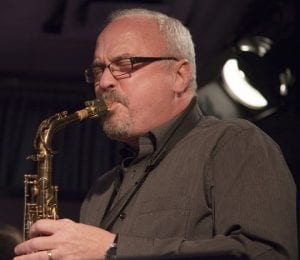 "As soon as I heard a friend playing his new JodyJazz mouthpiece I asked what had changed. I ran to a dealer and immediately fell in love with it. It's hard to believe that one mouthpiece can offer such a wide color range--dark and warm to bright and bold, soft & tender to loud and powerful--and be so consistent top to bottom and so freeblowing and have such a big center, all at the same time. Altissimo too! My tenor Classic and my Alto DV have made my sound more voicelike, and invariably the first thing that listeners respond to in my sax playing. I'm trying the DV on tenor next!."

Early in saxophone and flute player Paul Lieberman’s career during a session at Mickey Hart’s, Gil Evans commented to Airto “everything he plays sounds right”--and David Sanborn responded to a NY performance with a surprise kiss.

Reviewers say "Lieberman [who] is a soulful player on any instrument, conveying deep emotional content...demonstrates his instrumental mastery and also reveals himself as a formidable composer" in this “stunning, heartfelt, and emotional” recording. With “high musicianship displayed with emotion, laid bare” the “sparkling originals” and “fascinating” arrangements “enchant” and “celebrate life to its fullest” in this “beguiling mix”. “Blessed with 2 cracker-jack rhythm sections” the “oh-so-sweet” CD “shines” with “‘soul’ music through and through” that “combines technique, intelligence, experience, emotions, and risk-taking that pushes the musician beyond the ordinary or the commonplace.” With “one of the best covers of a Beatles tune by a jazz player, a beat that floats on every track...pervasive ensemble joie de vivre” and an original that “sent chills up my spine” “Ibeji is a hell of an accomplishment... and displays, quite brilliantly, the commonalities of these music heritages.”

Similarly with his clinics: “Paul Lieberman’s clinic proved to be a highlight of the 2012 Syracuse Jazz Fest Education Program. Drawing on his experience in music education, Paul was able to get right down to the level of the students in the audience and deliver meaningful, relevant, and eminently useable information designed to improve their understanding and performance of America’s music; jazz. For over an hour, he held the students in rapt attention as he both challenged and motivated them on their journey toward becoming better musicians. It was a thrill for me to see the student’s reactions: many told me afterward that they were truly inspired and “charged up” by Paul’s presentation. My only regret is that we only had an hour to give him!”

Among Paul's other recent activities: performance in an All-Star tribute band at NJPAC’s James Moody Democracy of Jazz Festival alongside George Benson, The Manhattan Transfer, Jimmy Heath, Kenny Barron, Paquito D’Rivera, Jon Faddis, Adam Nussbaum, Renee Rosnes, and Todd Coolman, a two week concert tour by the Paul Lieberman Quartet of the Czech Republic, headlining the Chapada in Jazz Festival in Brazil with “Ibeji Live!” following two days of university master class and performance, a saxophone quartet co-founded with Gary Smulyan, Marty Ehrlich, and Jason Robinson, touring with The Gregg Allman Band and Jaimoe's Jasssz Band in the US and Europe, recording on Ali Ryerson’s 2013 Jazz Flute Big Band album as a soloist alongside Hubert Laws, Maraca, and Nestor Torres, appearances as featured soloist with Arturo O’Farrill’s Afro-Latin Jazz Orchestra, creation of the wind/percussion music for worldwide performances by the Young@Heart Chorus, naming as a Rico Artist and as a member of the editorial board of the journal “Analytical Approaches to World Music”, clinician appearances at the Syracuse Jazz Fest and the St. Lawrence County Music Educators Association, and receipt of various grants.

After earning his BA at Yale, Paul responded to simultaneous tour invitations from Buddy Rich and Brazilian Jazz legends Airto and Flora Purim by becoming the only “gringo” in the all-Brazilian group, and toured the US for the next two years, appearing at major clubs, theaters, and festivals, performed for audiences of up to 30,000, and made his Lincoln Center debut.

He then moved to Rio de Janeiro for 4 years, where he became Brazil’s first-call studio sax and flute player, recording on over 50 albums and doing arranging and producing work for CBS, Warner and other labels. He became so fully assimilated into the language and culture of Brazil that he was routinely taken to be a native.

Paul continues to perform all over the world as leader, sideman, and as Music Director of Jaimoe’s Jasssz Band, led by drummer and Allman Brothers co-founder Jaimoe. He spent four years on the UMass Amherst jazz faculty, where he earned his MM in Jazz Composition and Arranging, and also lectures regarding global, historical, and sociological perspectives on Brazilian music and Jazz.