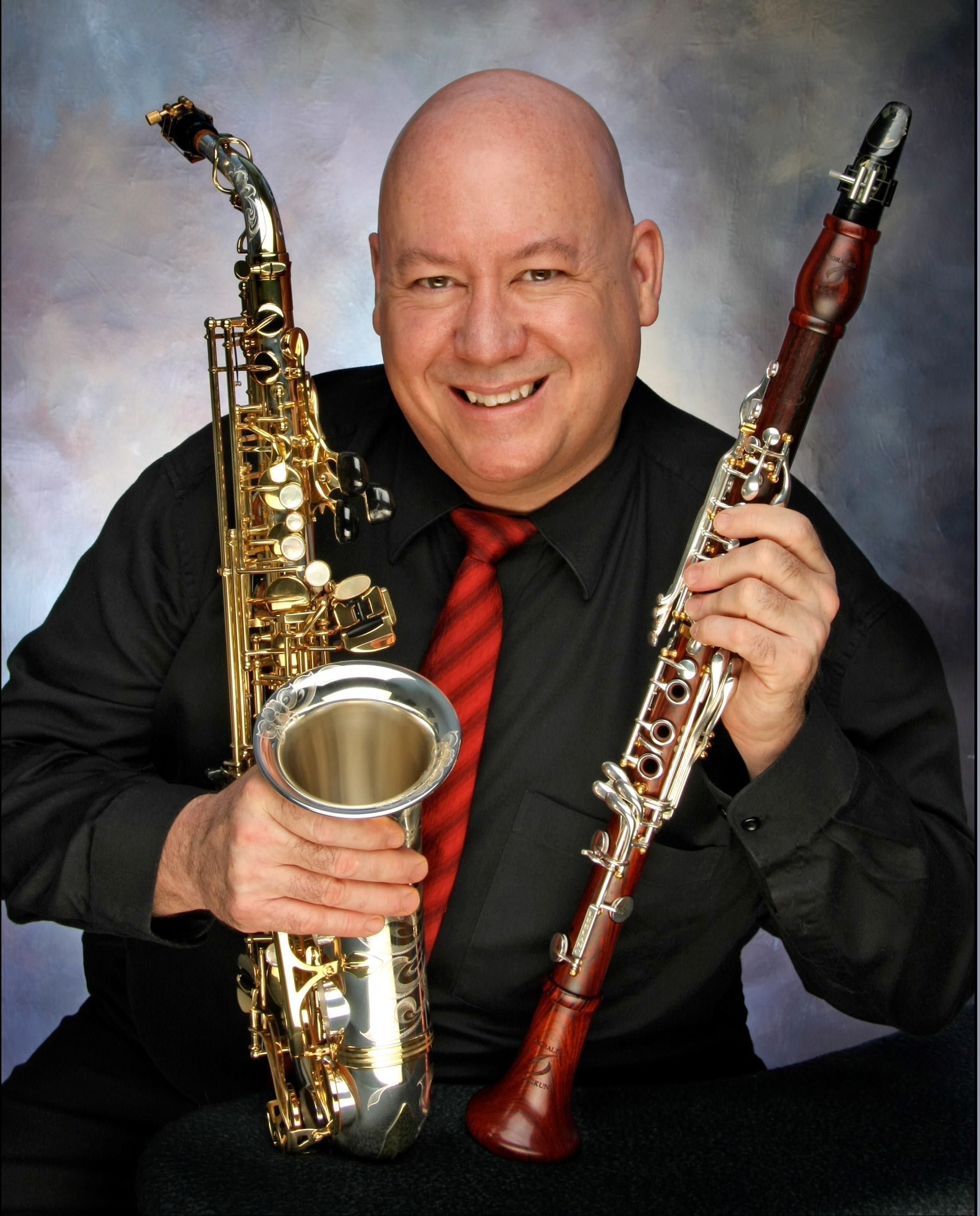 CHUCK CURRIE ON THE HR* CUSTOM DARK TENOR:
"Jody Espina has knocked it out of the park again with the new HR* CUSTOM DARK Tenor mouthpiece. After establishing a stellar classical saxophone mouthpiece division using his proprietary CHR Chedeville rubber, he has now used the rubber for a jazz tenor saxophone mouthpiece for the first time. When played softly, it reminds me strongly of the sound of Stan Getz. John Coltrane said “Let’s face it–we’d all sound like that if we could,” and who are we to argue with Trane? When you go for it in a big band or commercial setting, it will stand up to the brass and amplified instruments as well as any mouthpiece out there. I don’t know of any other mouthpiece that can inhabit both those worlds so well. The Chedeville classical mouthpieces Jody designed have made a clean sweep on my Soprano, Alto, Tenor and Baritone, and I told him the HR* CUSTOM DARKS will do the same for my jazz setups. Bravo, Jody, and keep ’em coming!"

CHUCK CURRIE ON THE HR* CUSTOM DARK ALTO:
"I have not been unhappy with my current jazz Alto mouthpiece, but it is now reliquated to one of my mouthpiece peg-boards with the other 200 or so very fine mouthpieces in my collection. JodyJazz simply blows away the competition again…effortlessly. Since the early 1980’s, small chamber, small bore, high baffle mouthpieces have almost dominated the industry, and I’ve never been convinced. I’ve been choosing the least edgy and warmest modern mouthpieces available, because vintage Meyers are really hard to find. The search is over. If you long for a mouthpiece that can honor the tonal spectrum from Paul Desmond to Phil Woods and everywhere in between, you need to try the JodyJazz HR* CUSTOM DARK Alto mouthpiece. Act quickly…these babies just fly off the shelves!"

CHUCK CURRIE ON THE HR* CUSTOM DARK SOPRANO:
"I was already in love with the warm, centered contained ringing tone, great intonation and projection of the JodyJazz HR* Soprano, but the JodyJazz Custom Dark version is even better. It adds a broader, warmer, slightly grainier glow to the tone. I never thought anything could be more beautiful than my lovely HR*. This mouthpiece will be of immense benefit of those who need to “tame” their Soprano! Colleagues who have visited the studio have bought these mouthpieces and I'm echoing their feelings!"

CHUCK CURRIE ON THE HR* CUSTOM DARK BARITONE:
"Rich. Reverberant. Robust. Sonorous. Sweet. Sinewy. Simply Sublime! Ben Webster said in 1957, at a release party for Soulville at the Village Vanguard, 'I like the pretty things. I think they say more; the important thing is to be able to feel them.' All of Jody's mouthpieces help us feel the beauty in what we play."

CHUCK CURRIE ON THE POWER RING LIGATURES:
“The JodyJazz POWER RING is a work of genius. The heavy mass of the ligature lends incredibly rich resonance to the tone, while the limited contact points allow for great life in the sound and terrific ease of articulation. I own over a hundred excellent ligatures, and the POWER RING blows them all away. These are not just for jazz… they are also beautiful classical ligatures with the most resonant core sound you’ve ever heard for soloists, large ensemble, and chamber players.”

He has performed at Canadian Music Educator Association conventions, World Association of Bands and Ensembles conferences, North American Saxophone Alliance conferences and at International Clarinet Association Clarinetfests. A reviewer of the opening concert of the Vancouver 2007 International Clarinet Association Clarinetfest reported “he did an absolutely amazing job of interpreting the bass clarinet solos in Frank Ticheli’s Blue Shades. Never have I heard a bass clarinet shape and bend notes like that…what amazing projection.”

He teaches at St. George’s School and his own Sax Noir Studio, and conducts clinics throughout British Columbia. Students have successfully auditioned for national and international ensembles and schools of music.

For more information on Chuck and to read his very informative blog series visit: www.saxnoir.com