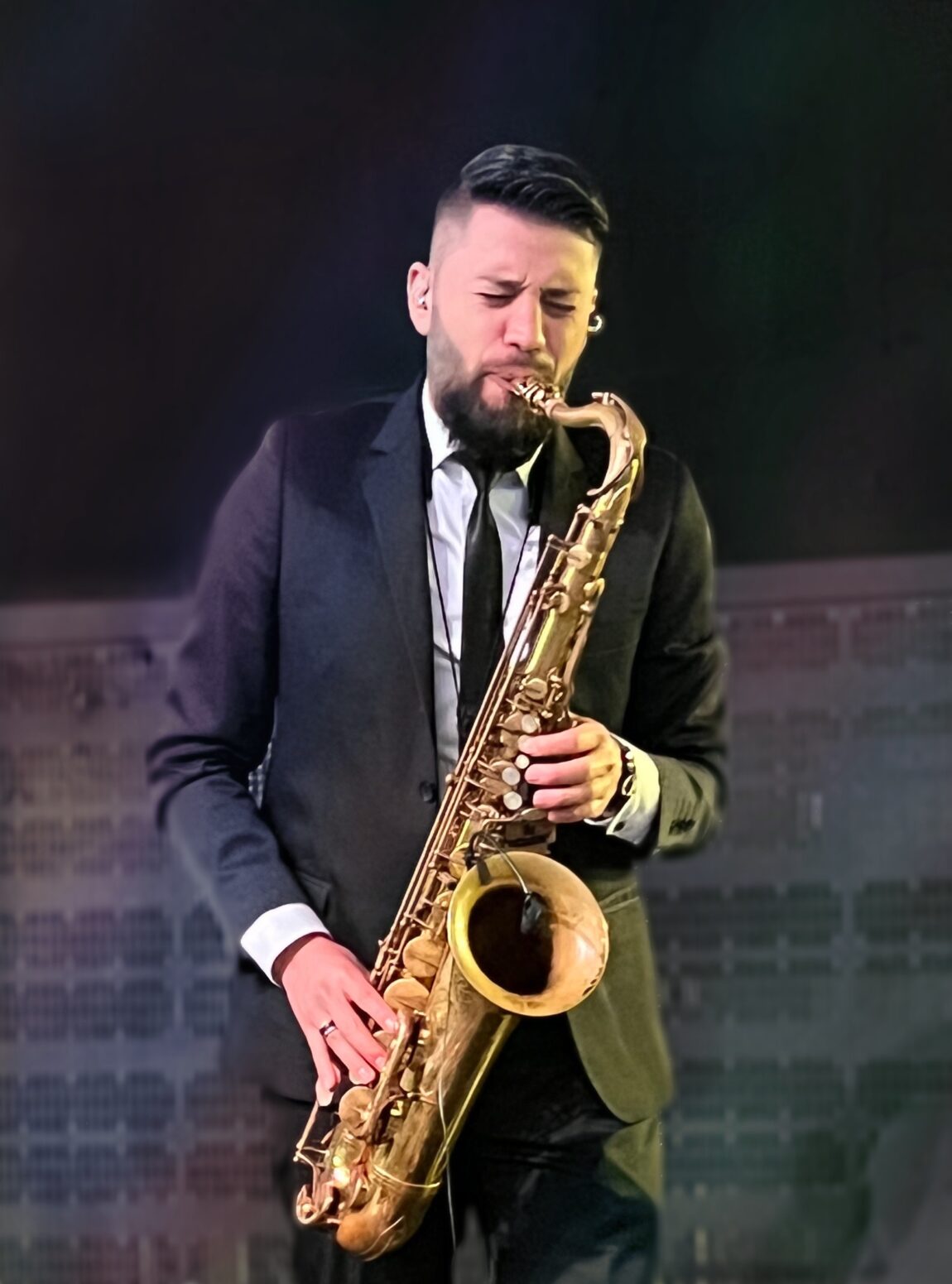 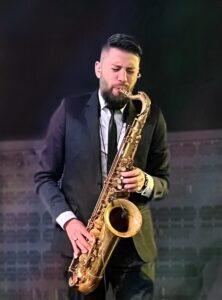 “It was amazing to see how the JodyJazz mouthpieces maintain the sound, tone and timbre no matter what saxophone you use, I was impressed by the freedom of the blow and how they adapt to any musical style, it is fun to hear how it facilitates projection in the mid-range of the saxophone. and its flexibility is unmatched.”

“It is extraordinary the difference that I could experience in the sound with the interchange of ligatures including the energy of the POWER RINGS, something little seen in other mouthpieces.”

“Without a doubt, playing JodyJazz has been one of the best decisions in my career as a saxophonist"

Unlike many musicians with a great family tradition, Gabriel Ortiz was the first musician in his family, which brought him great challenges, difficulties and many expectations. At the age of 9 he entered the Tolima Conservatory (Colombia), where he had his first encounter with the saxophone, led by the teacher and saxophonist Ernesto García.

Gabriel is recognized for being a versatile saxophonist interpreting Jazz, Smooth Jazz, Pop, always inclined to Latin rhythms, Latin Jazz, folklore and Gospel, he has a Master in Musical Arts (Universidad del Distrital) and a Master in Music (Universidad Javeriana). At the age of 15 he was the first alto saxophone of the Departmental Band of Tolima, the following year he moved to the city of Bogotá with the purpose of continuing his studies at the Superior Conservatory of the National University, where after two semesters and participating in The ensemble of maestro Antonio Arnedo, saw the need to focus his studies on popular music and Jazz, which led him to the District University.

In 2005 he was the winner of the FIRST SELMER-PARIS PHILLIPE PORTEGUA NATIONAL SAXOPHONE CONTEST in the Youth category, in 2006 he belonged to the COLOMBIA YOUTH ORCHESTRA and the COLOMBIA JUVENILE SYMPHONY BAND, during the following years he participated in different competitions Groups such as: Jazz al parque in 2007 and 2011, participated in the cycle of young interpreters of the Bank of the Republic in 2008, participated as a soloist in the IX CONTEMPORARY MUSIC FESTIVAL, participated in salsa al parque in 2011 among others. In 2008 he obtained third place as a soloist in the 1st PANAMERICAN SAXOPHONE JAZZ CONTEST in Mexico City, in 2009 he recorded the saxophone for the film RIVERSIDE by Harold Trompetero, throughout his musical career he has recorded and played with different artists and popular music groups in different countries of North, Central and South America, for which he is a member of ACINPRO, among the most prominent artists are Carlos Vives, Sanalejo, Mikey Taberas and the opening act of Los Fabulosos Cadillacs.

He was a saxophonist for 5 years of MISI musicals, who are partners with DISNEY. He has taken master classes with different world-renowned saxophonists such as: Sherman Irby, first saxophone of the Big Band Jazz at the lincon center in New York, Artur Barón University of Miami, Antonio Arnedo (Colombia), Philipe Portegua (France), Jeff Coffín three-time Grammy Award winner, Matt Roehrich Doctor of Saxophone (Valdosta-Georgia), Tony Malabi current Woodwinds Associate Professor at Berklee College of Music in (Argentina), among others.

In 2019 he was a Jury of one of the most important competitions in the country GOSPEL AL PARQUE, he has made recordings for the RCN and Caracol channels in their programs of vocal competitions, he has also done improvisation studies at Berklee College of Music with Maestro Gary Burton is saxophonist for one of the largest churches in the world, the World Revival Center, and a university professor. He has been a guest artist at different jazz festivals in Colombia, he has two musical productions on digital platforms (SOUL MURMUR). One of the greatest achievements and recognition's of him is being part of the JodyJazz Artists.